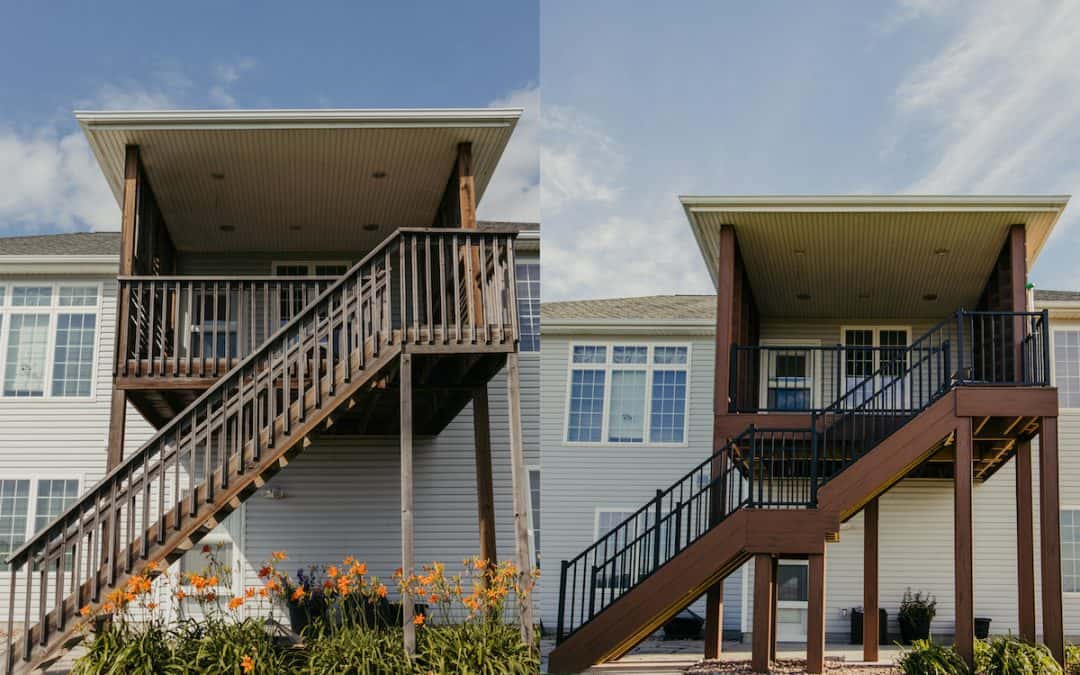 One of the projects we’ve been most excited about is our #countrysidedeck in Lincoln, Nebraska. The end goal was to demo the existing deck, reinforce and cover the entire thing with composite to make it look amazing and last for years to come.

The original deck had some interesting wind baffles because there’s no natural windbreak from trees in the country. We wanted to keep the same functionality with a facelift, so after the demo, we created plans to include a similar feature to the new deck.

With the deck in pretty rough and wobbly shape, we had our work cut out for us.

The first challenge we ran into was that the main deck posts bowed in opposite directions, so we had to tear them out and replace them with new footings and heavier duty posts.

Wrapping an entire deck in composite nearly doubles the weight of the deck overall, so adding to its durability was an obvious first step.

After getting the deck reconfigured and stiffened up, the decking was laid. The entire deck is finished with a nice clean finish using hidden fasteners. The great thing is that they’re completely hidden but can still be removed if needed.

Up the middle of the deck, we added stiffeners to prevent racking back and forth. Framing was also added to the perimeter of the underside of the deck so the windbreak wall had something to attach to. Durability is the name of the game here, and adding the extra support will eliminate any shifting or tipping back and forth.

The owners didn’t want any maintenance on their deck, so everything was covered in composite decking materials. After reinforcing and replacing the stairs, and even widening the deck itself, there is absolutely no wobble – as opposed to the shape we found the deck in.

As an added touch, we added lights to the stairs for a functional design flare.

The windbreak we created was completely new and unlike anything, we’d ever done. We used decking fascia material wrapped in composite for the windbreak.

Carlson Projects is never afraid to try new things, especially when it comes to adding comfort and aesthetic to the owner. This posed its own challenges, as it was something new to us, but will be an awesome maintenance free touch to the deck overall.

With a few delays in making sure the electrical was done properly on the stair lights and incessant rain, we completed the countryside deck in time for football season.

Lights were strung through the stairs themselves as well as the railing posts for extra flair. The lights were set on a dimmer and a timer, so the owners won’t have to turn them on and off and it’ll look amazing.

With the deck rebuilt and the entire thing wrapped in composite, it’s time to hand our newest project over to the owners.

We loved the challenge of adding a windbreak wall to this deck, not to mention the awesome look and durability wrapping the whole thing composite added.

Check out the finished project in all its composite-wrapped glory. 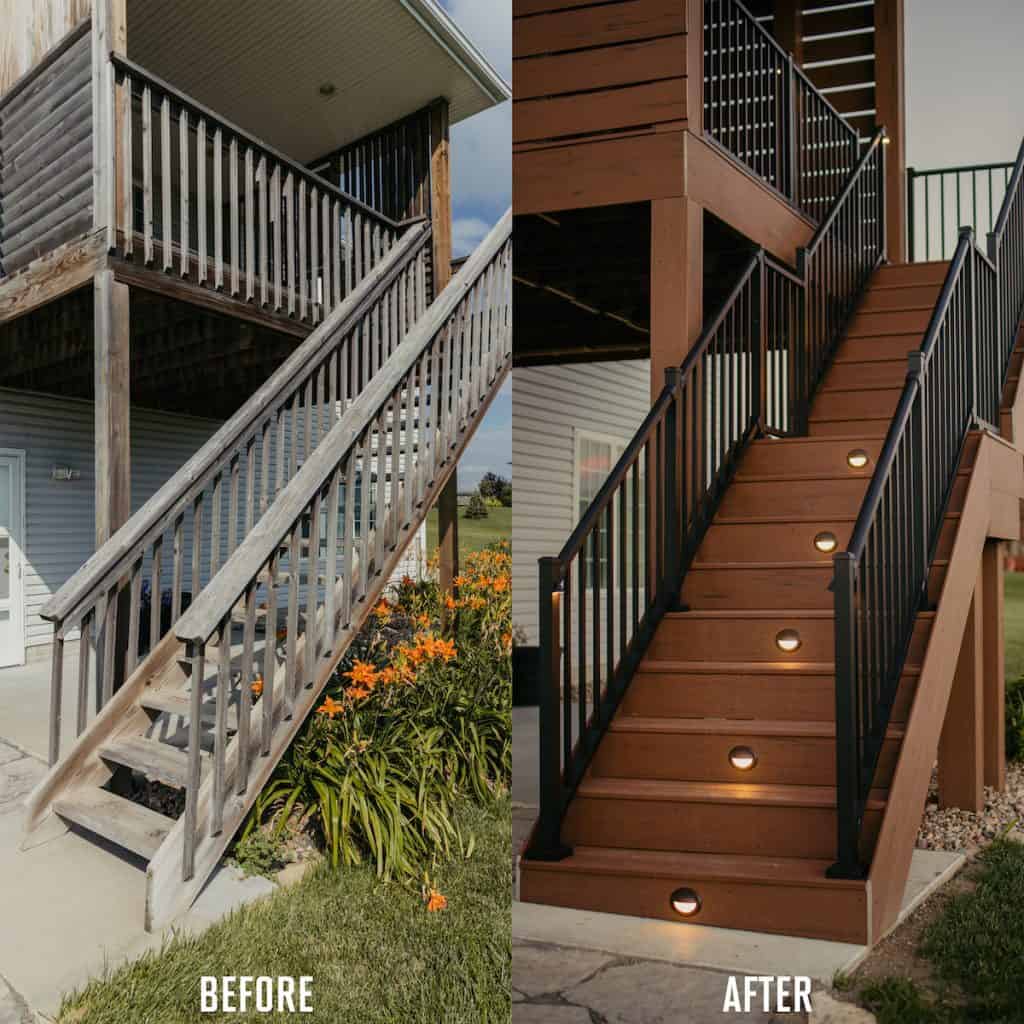 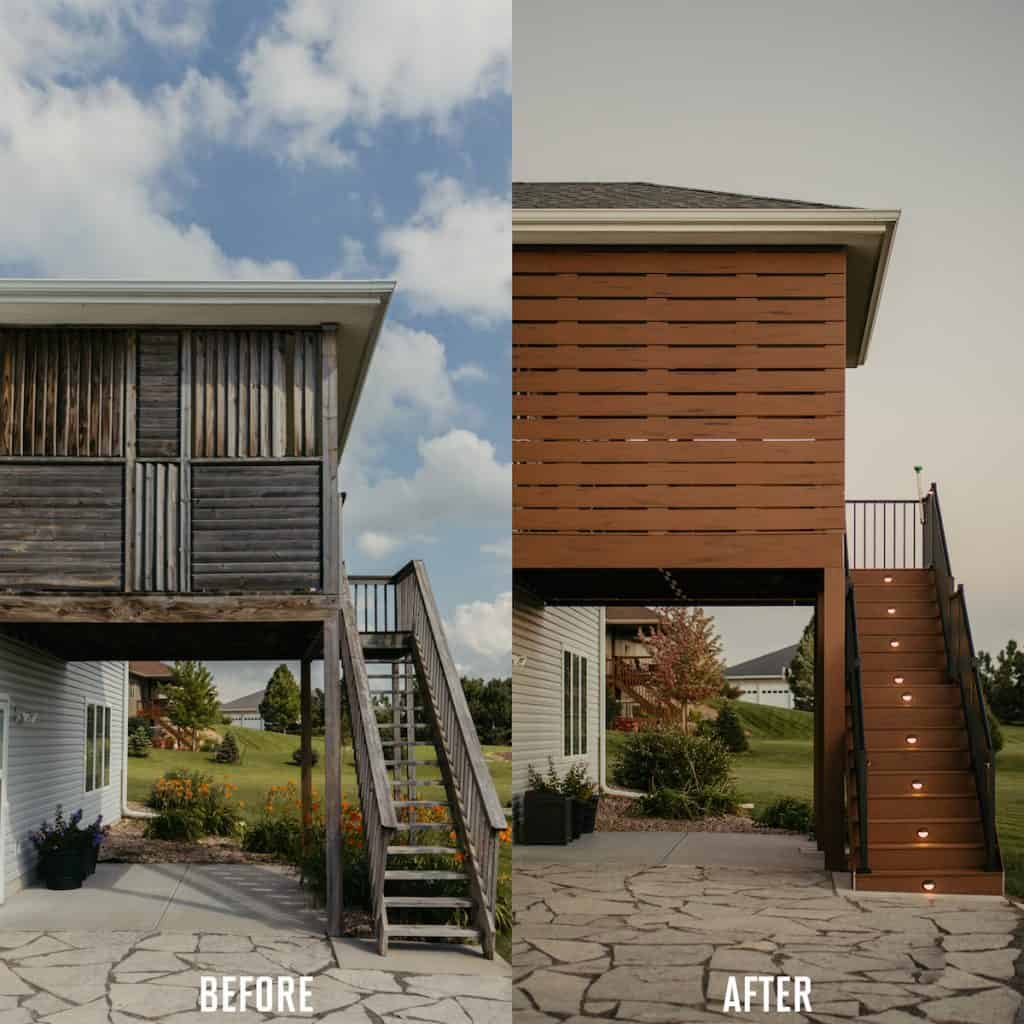 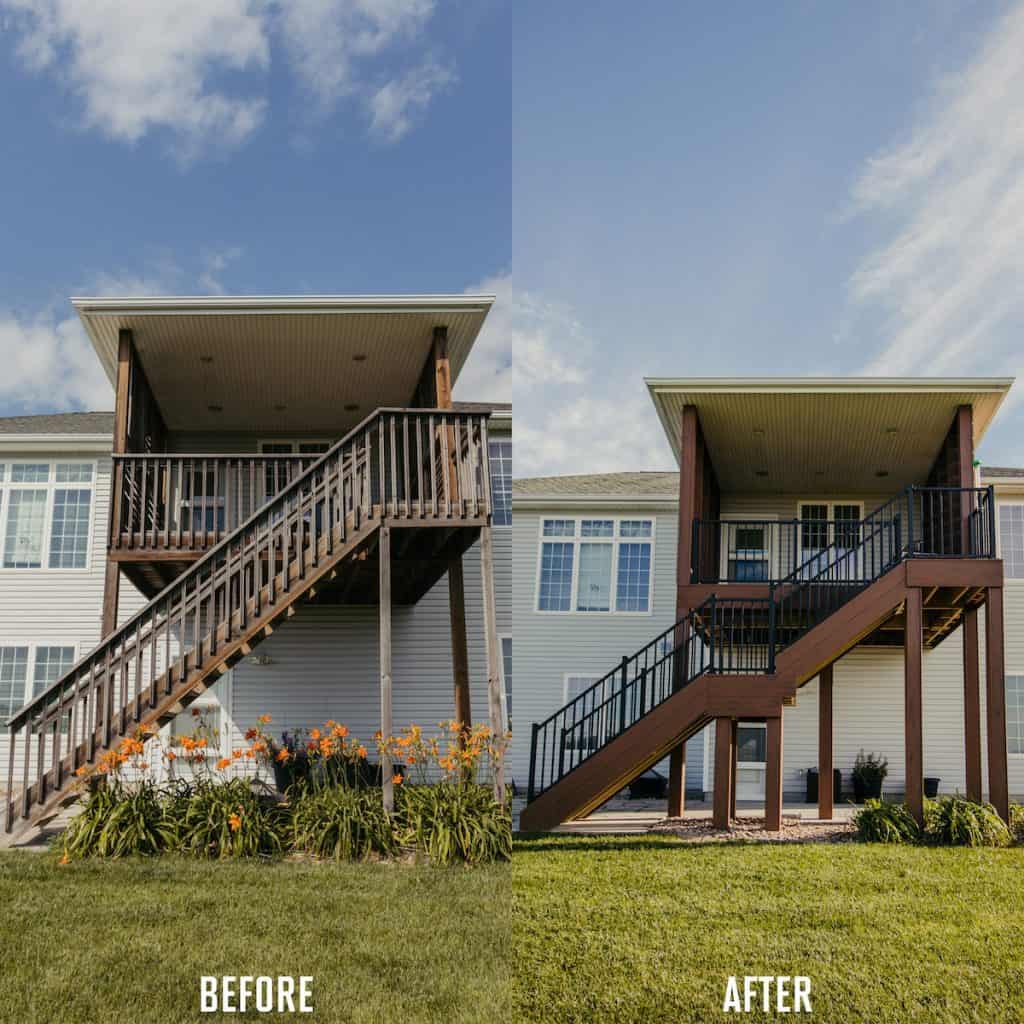 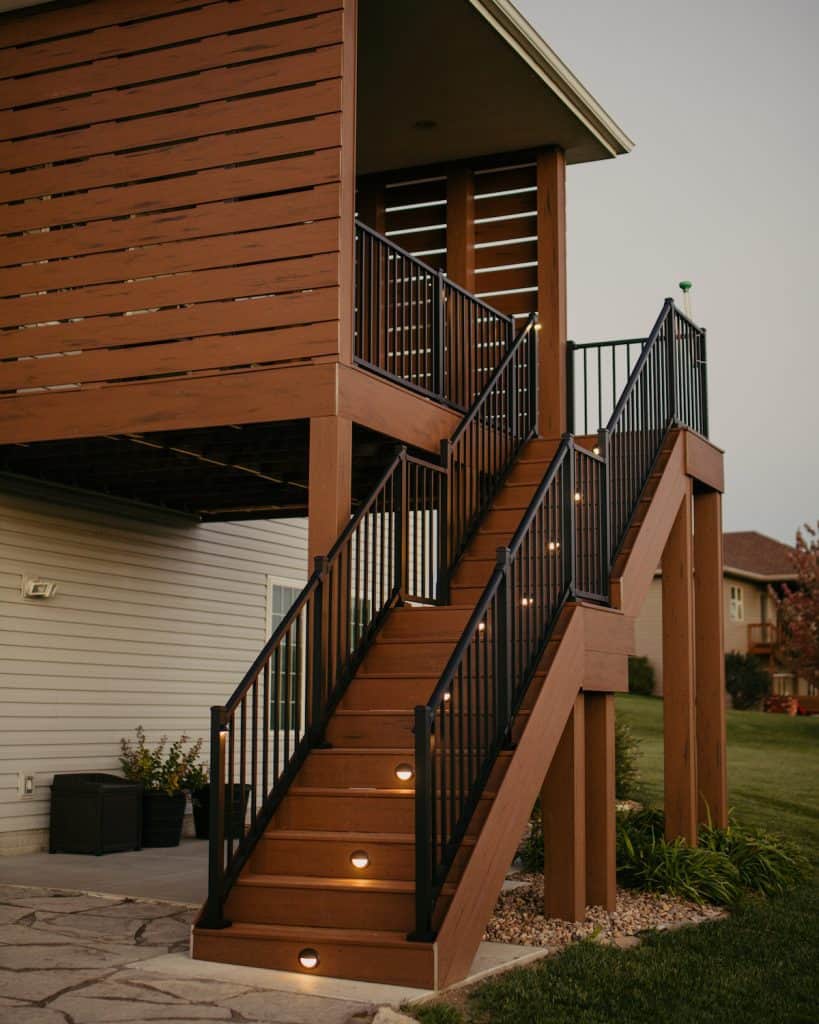 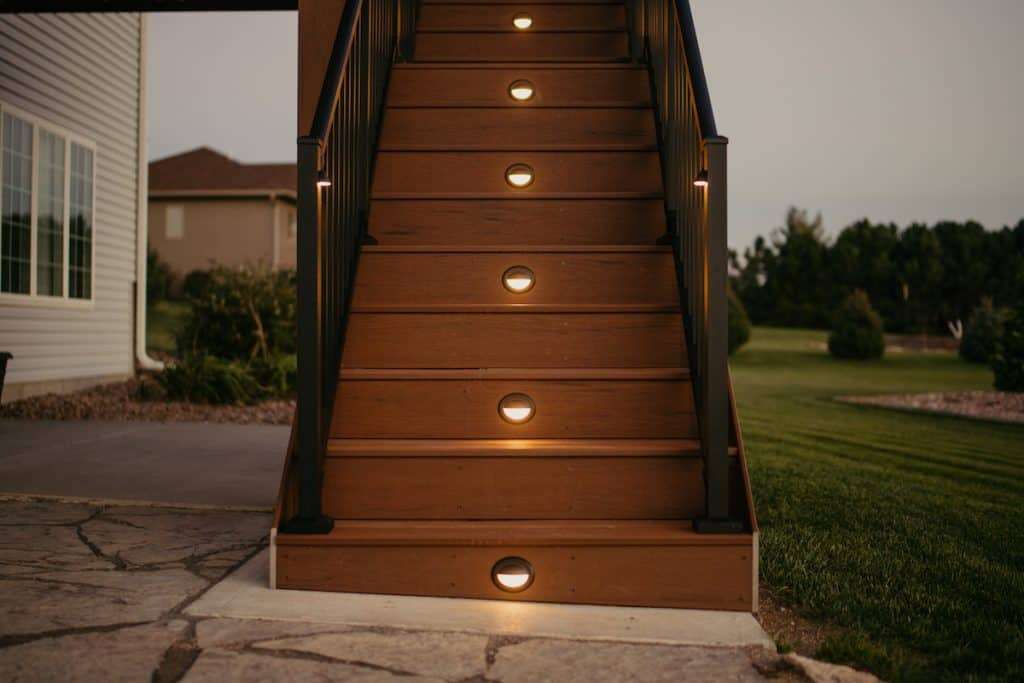 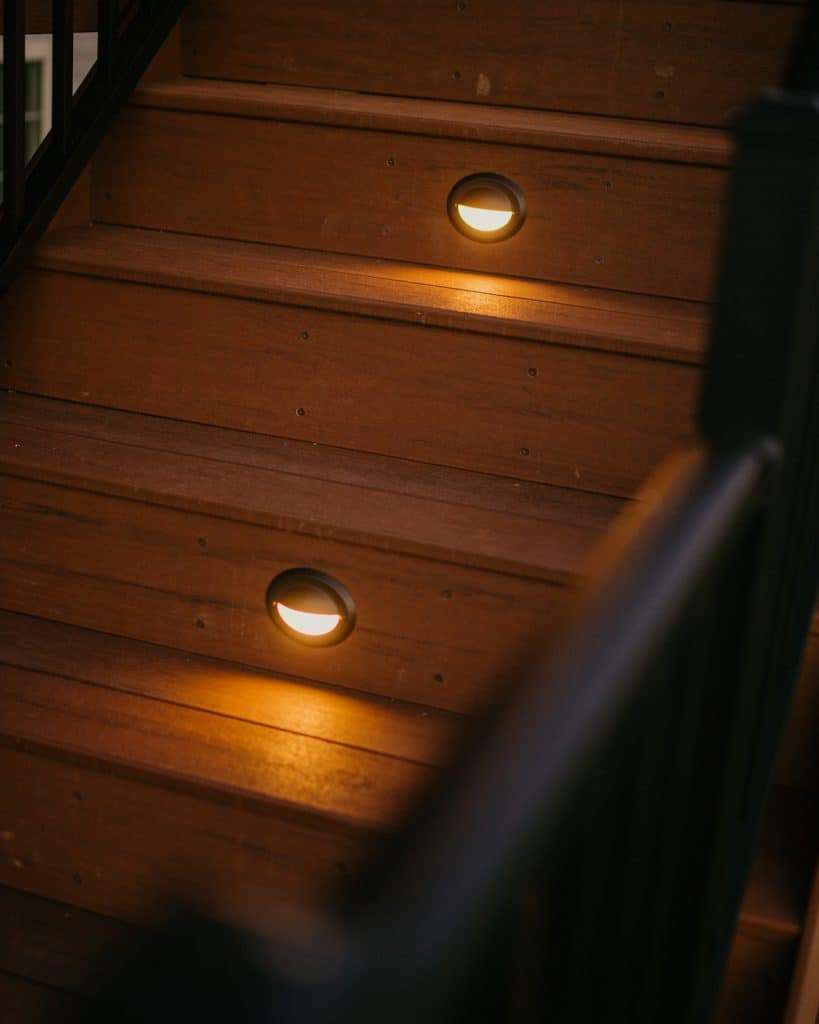 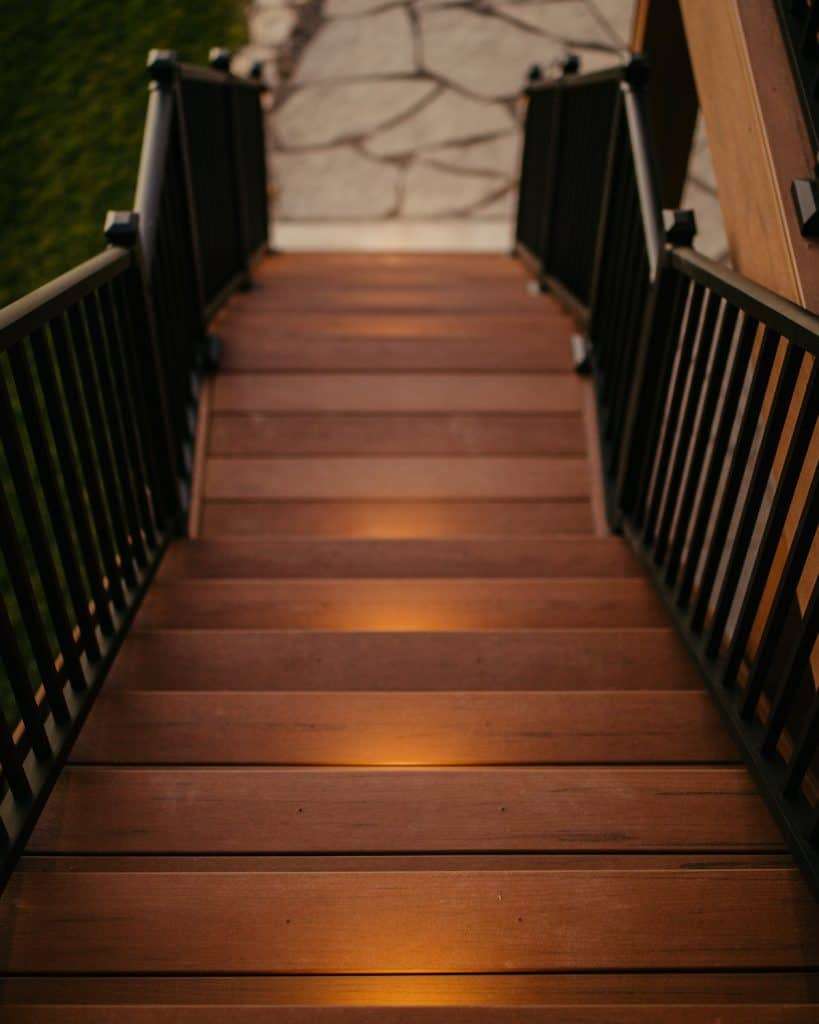 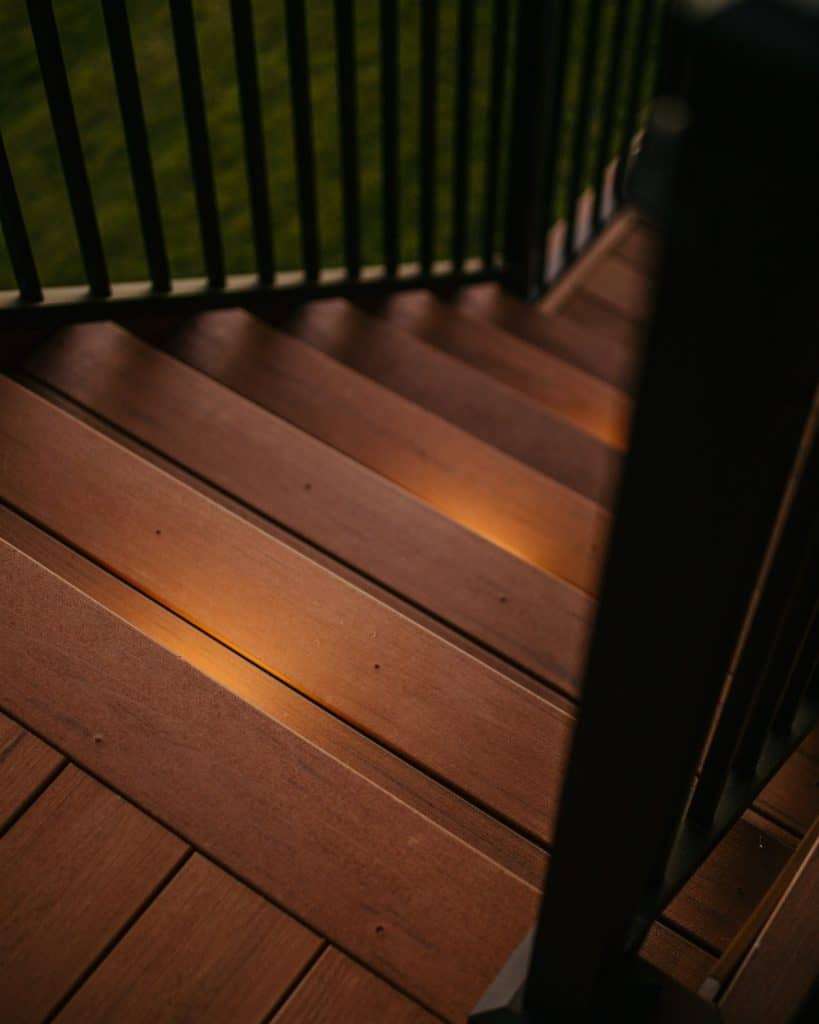 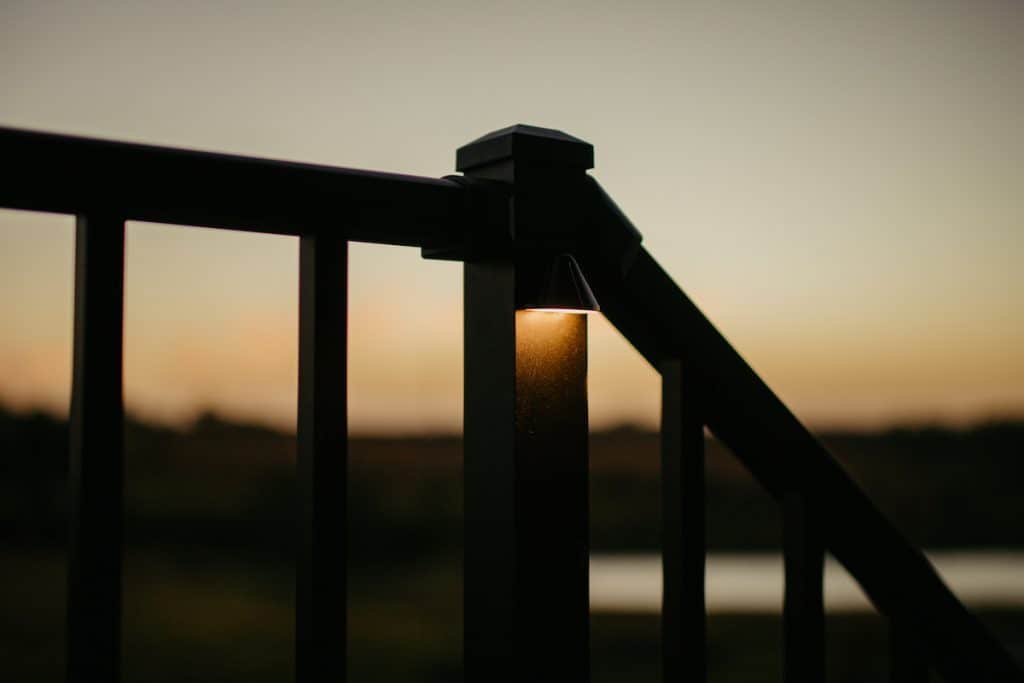 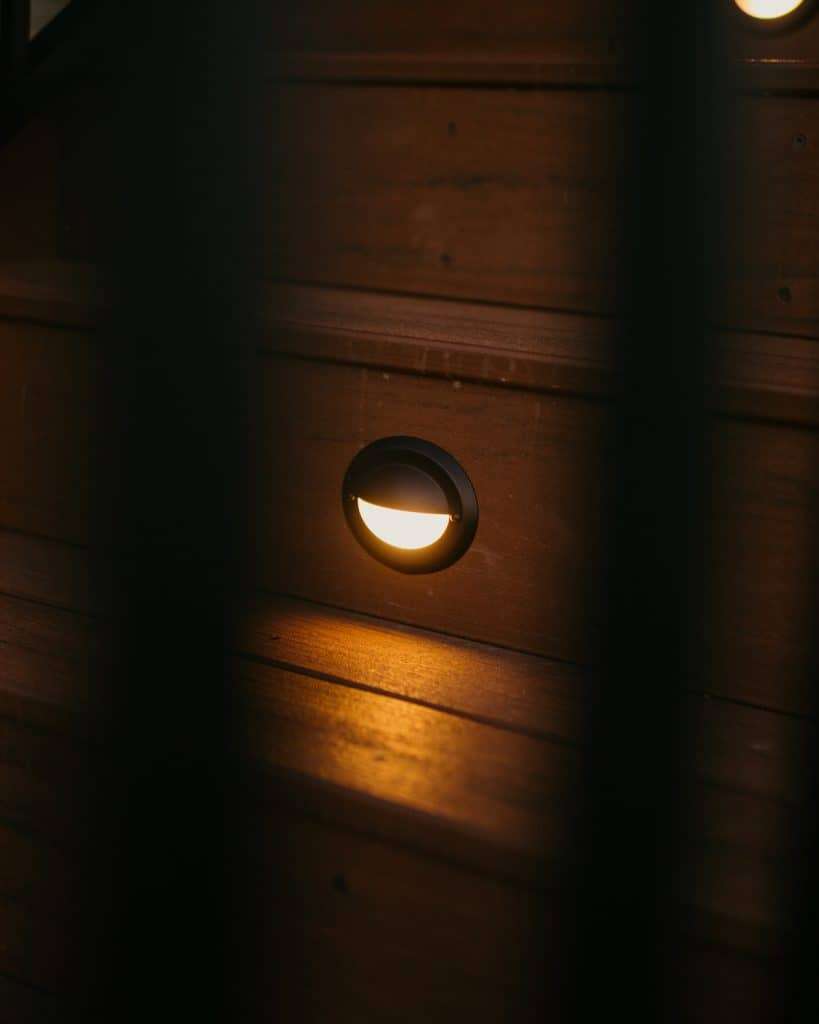 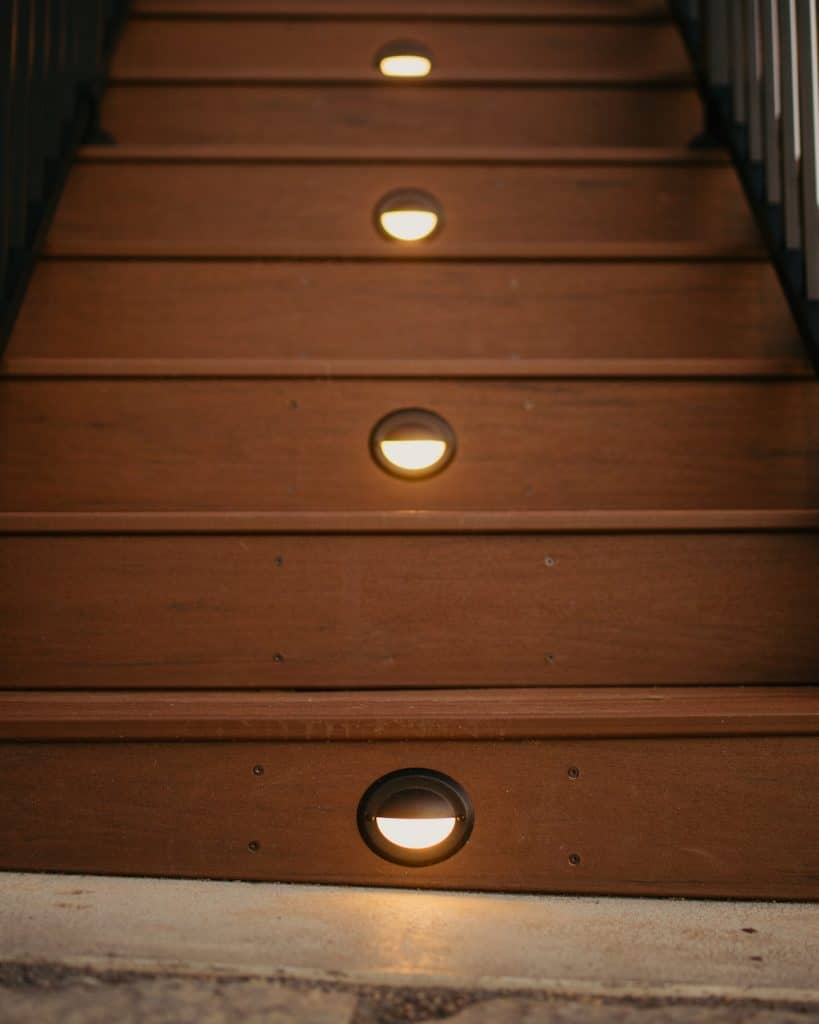 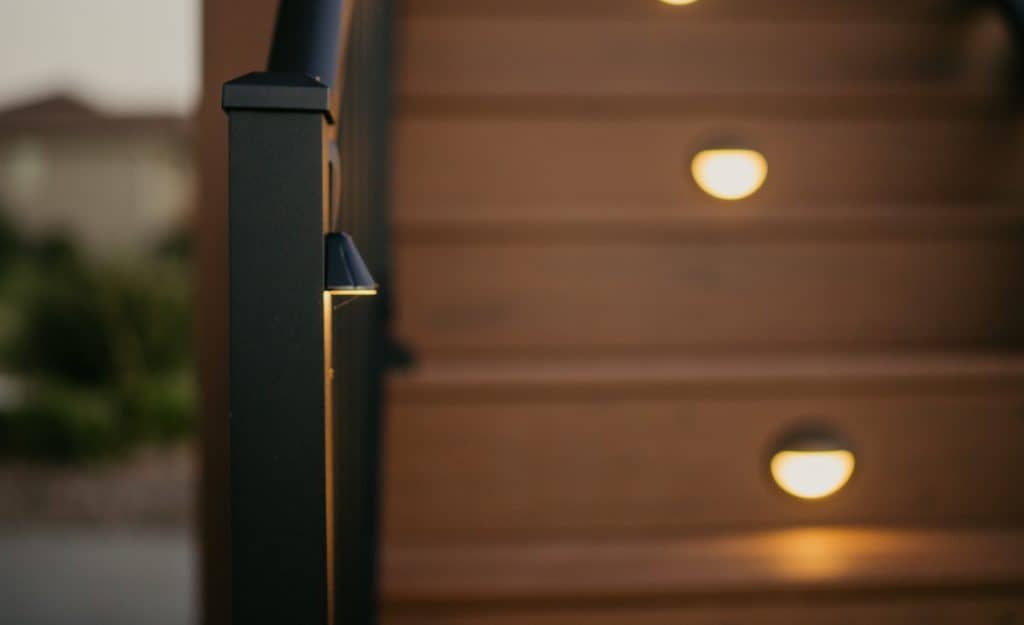 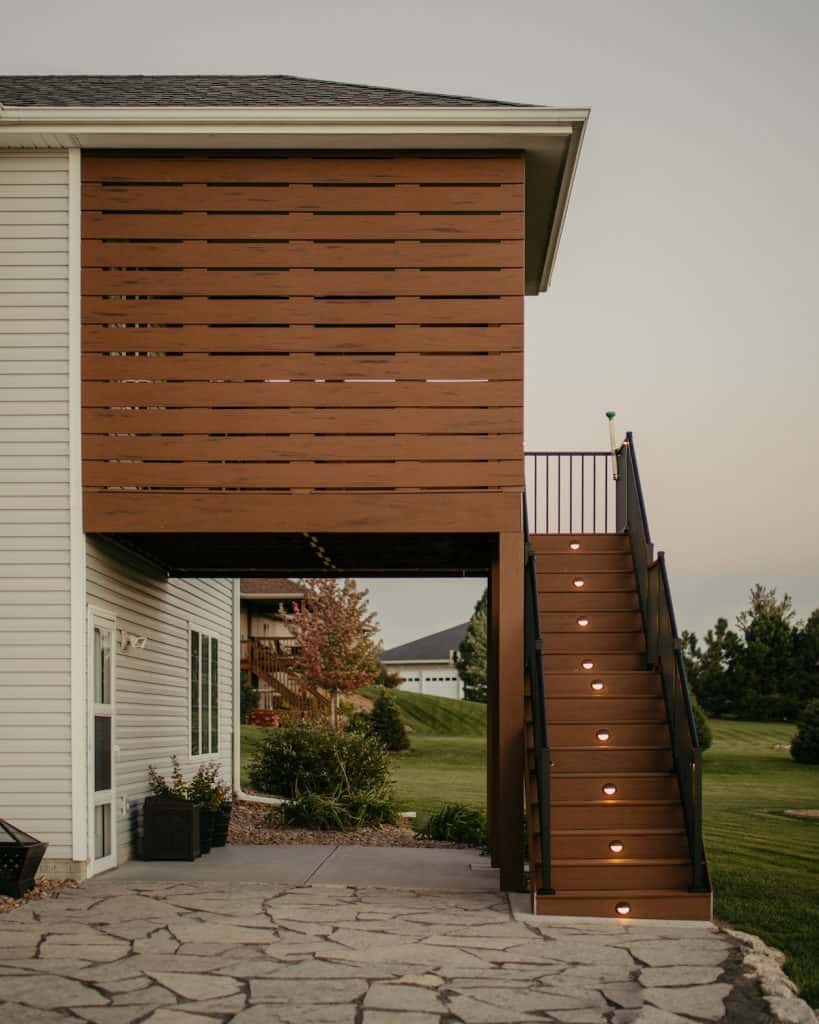 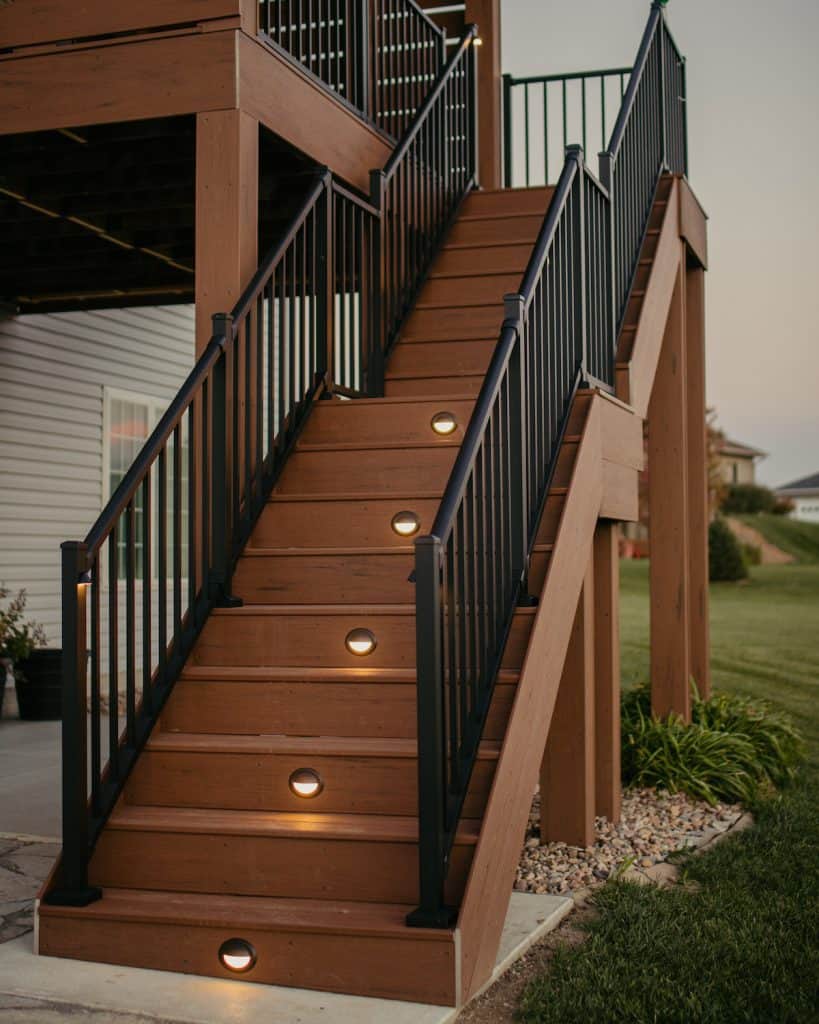 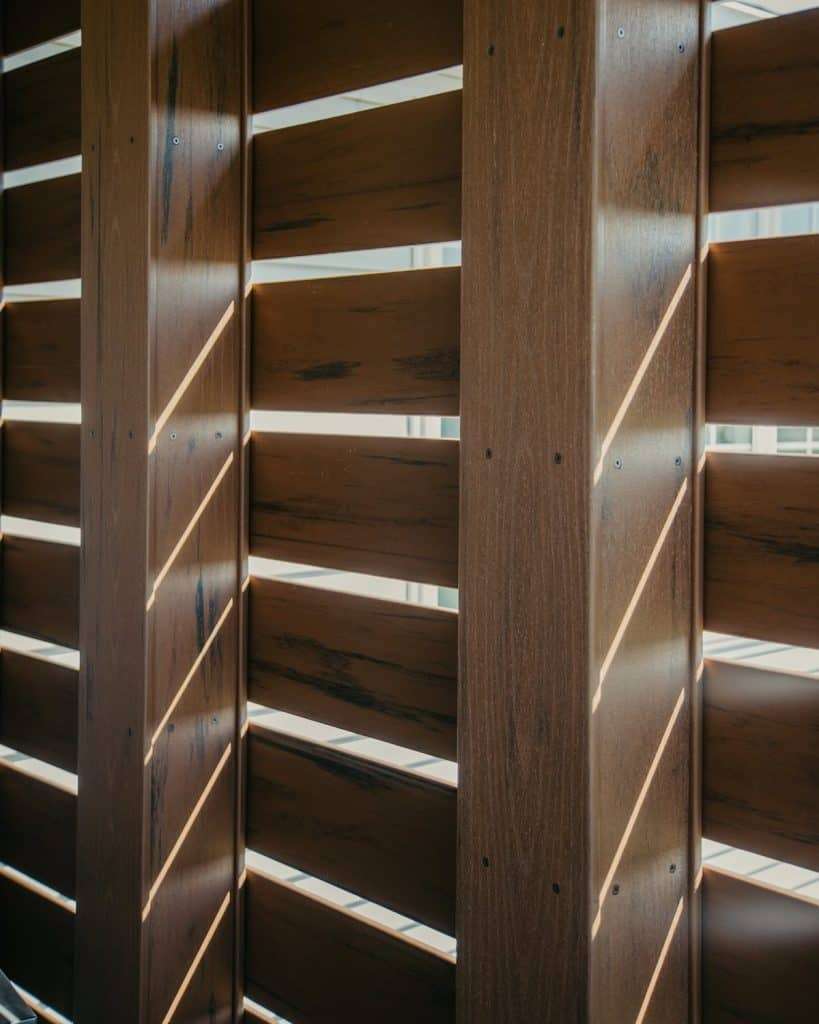 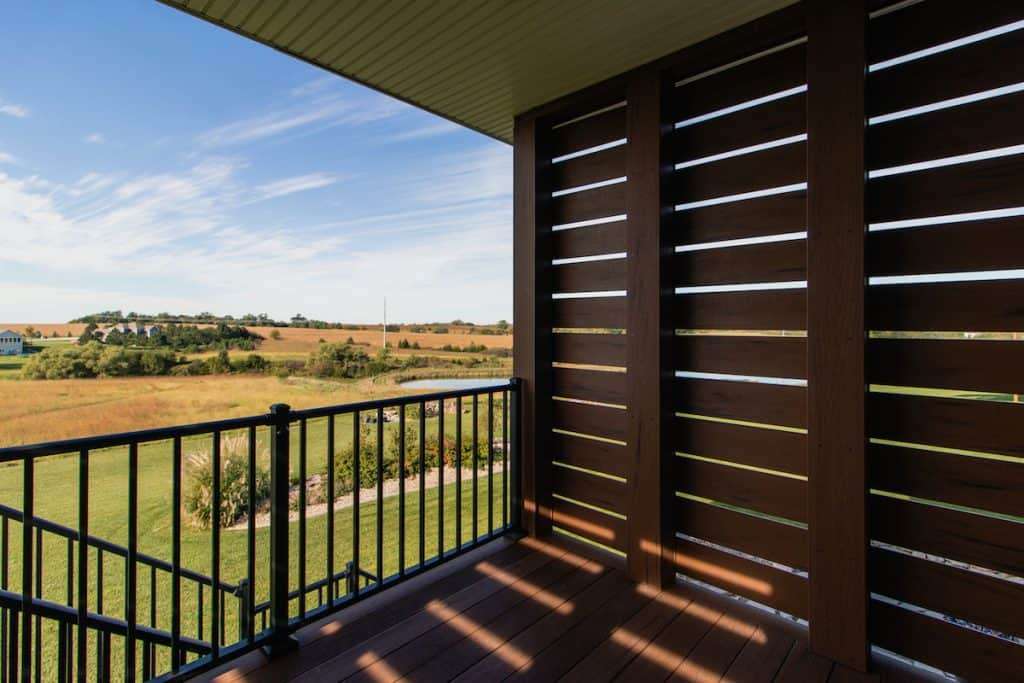 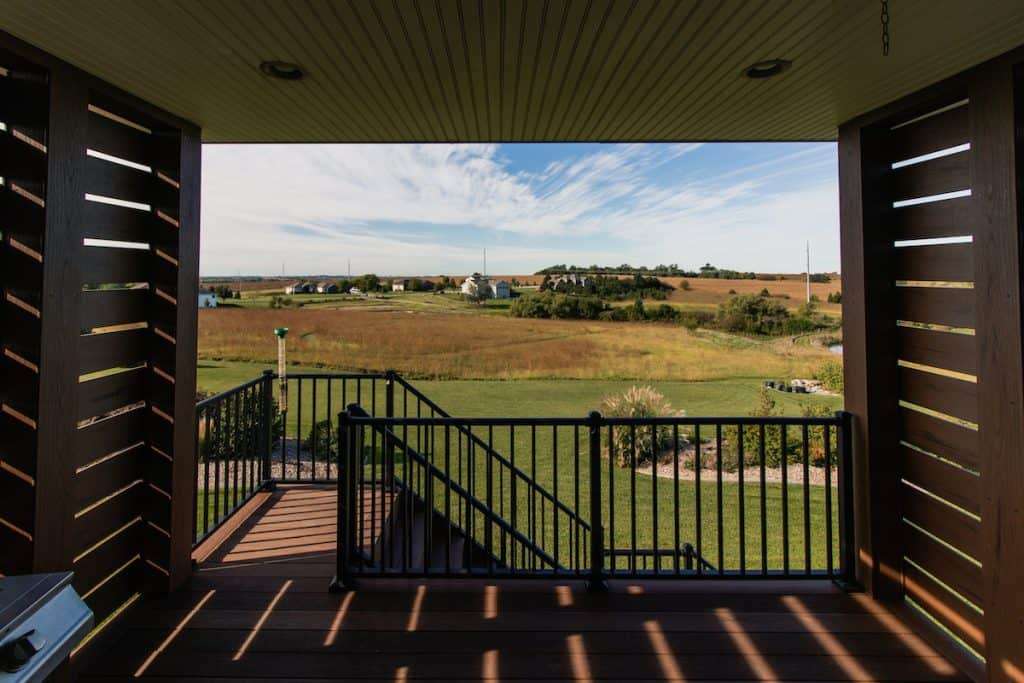 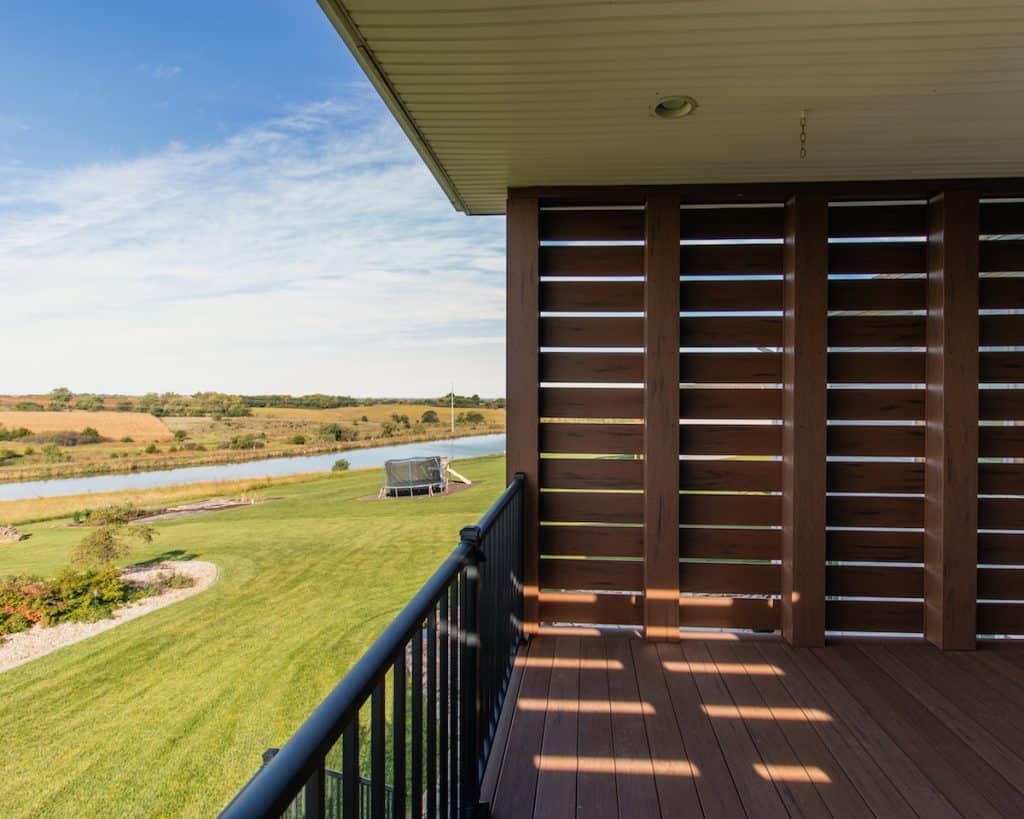 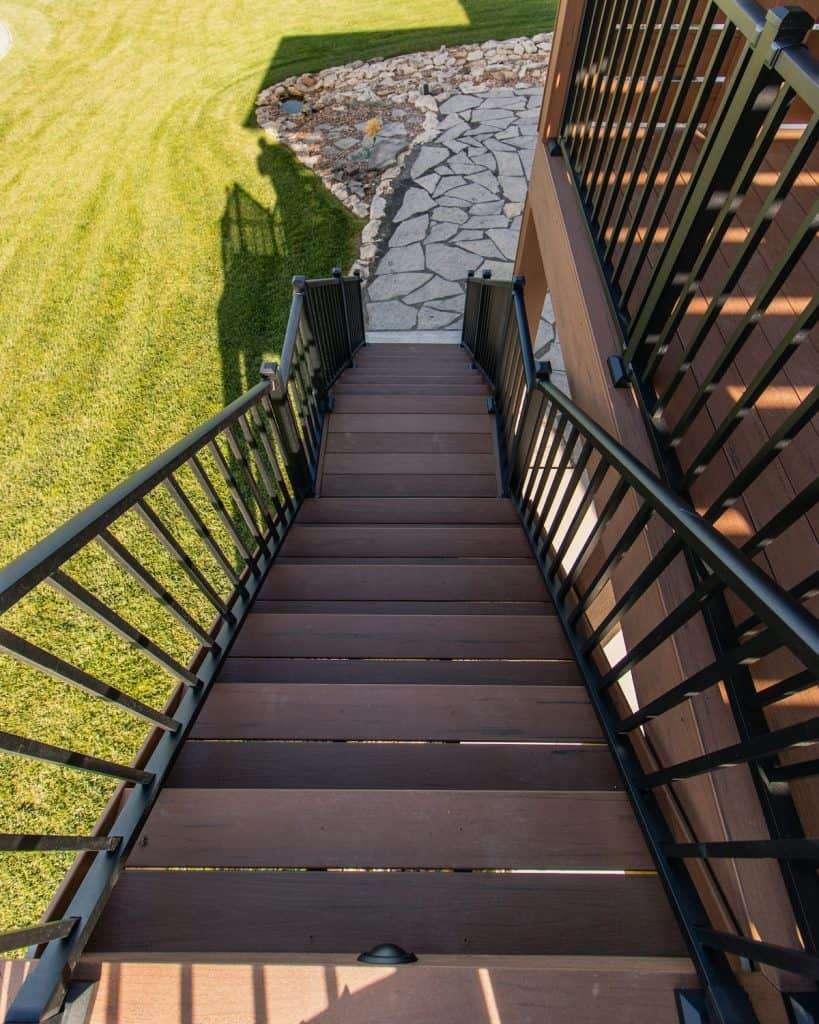 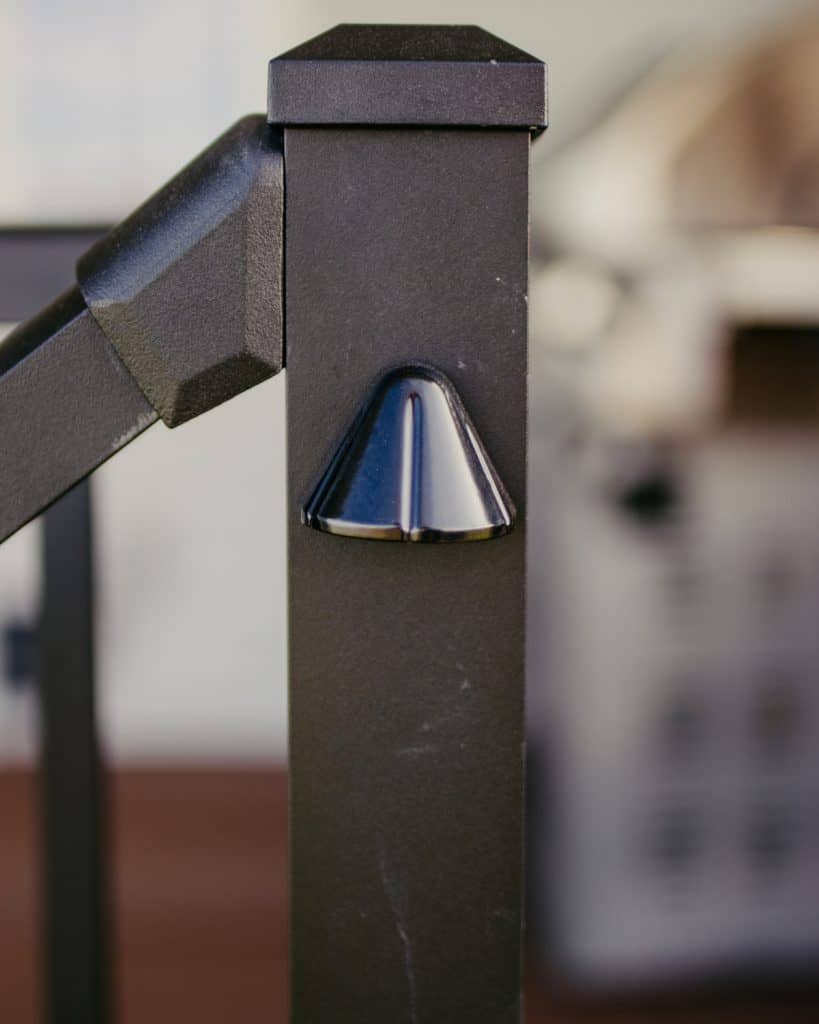 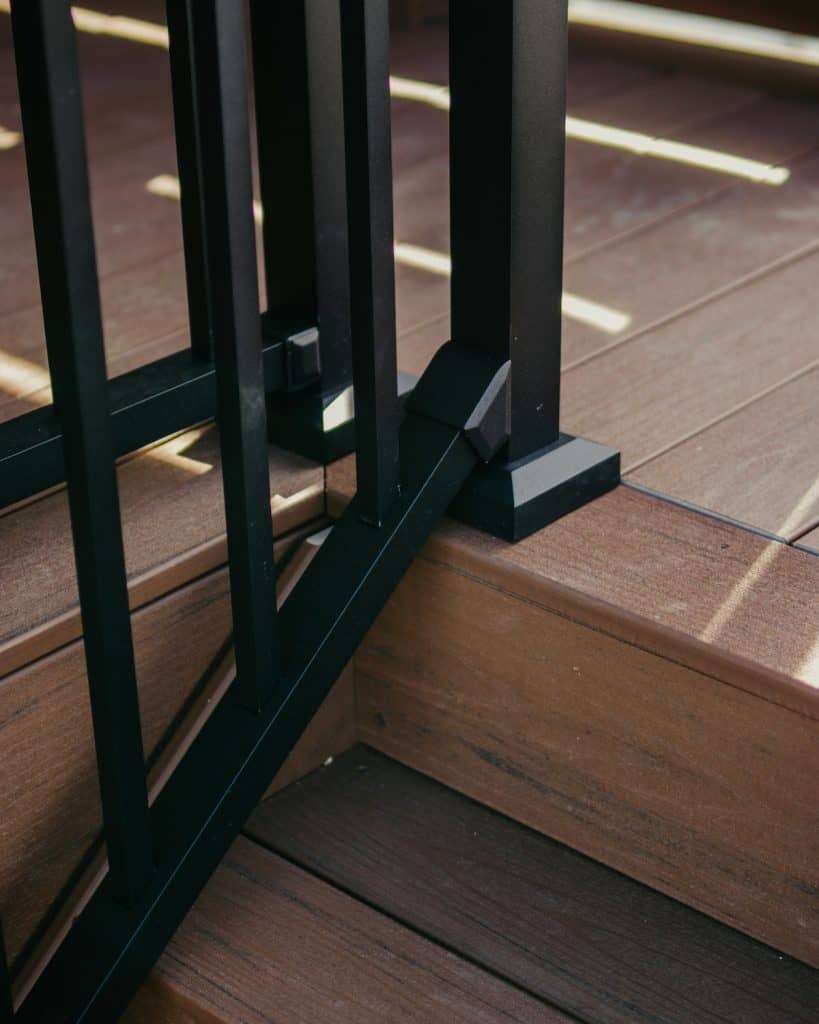 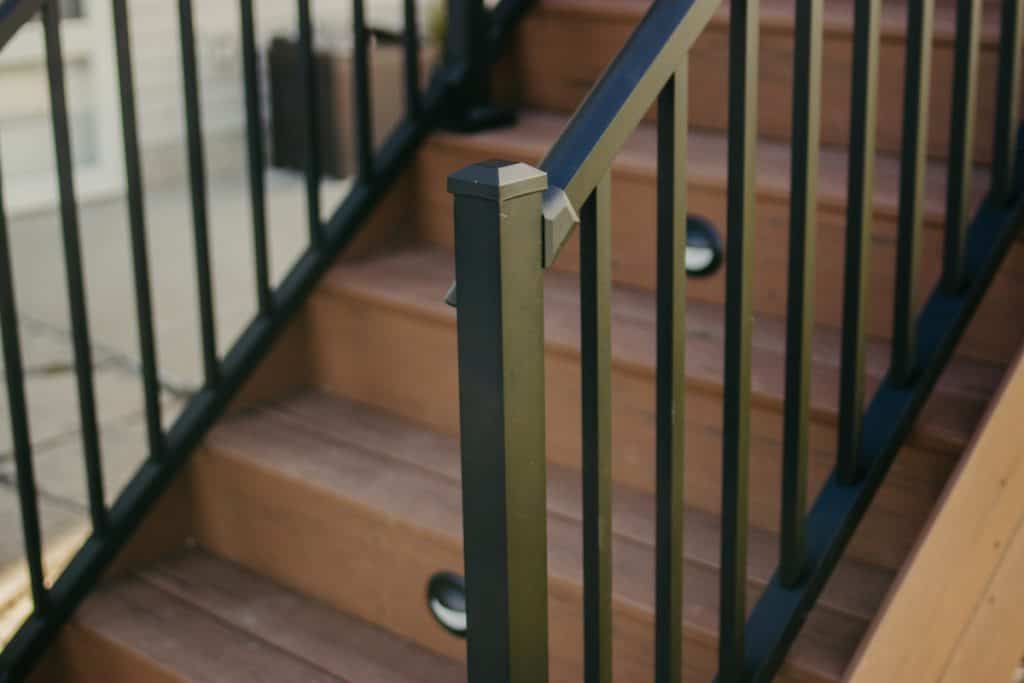 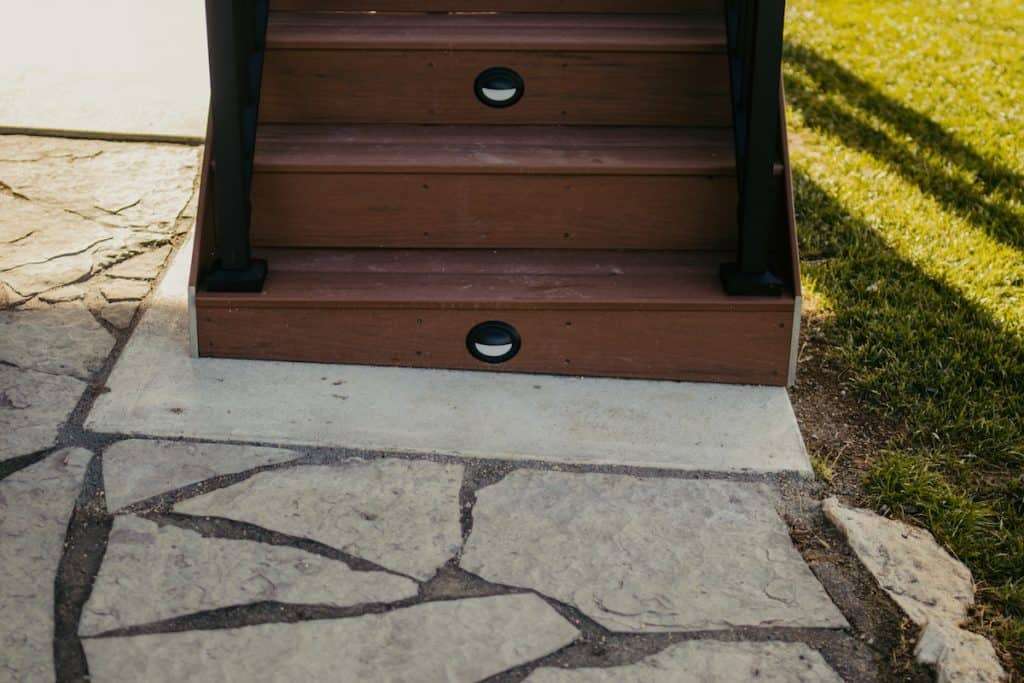 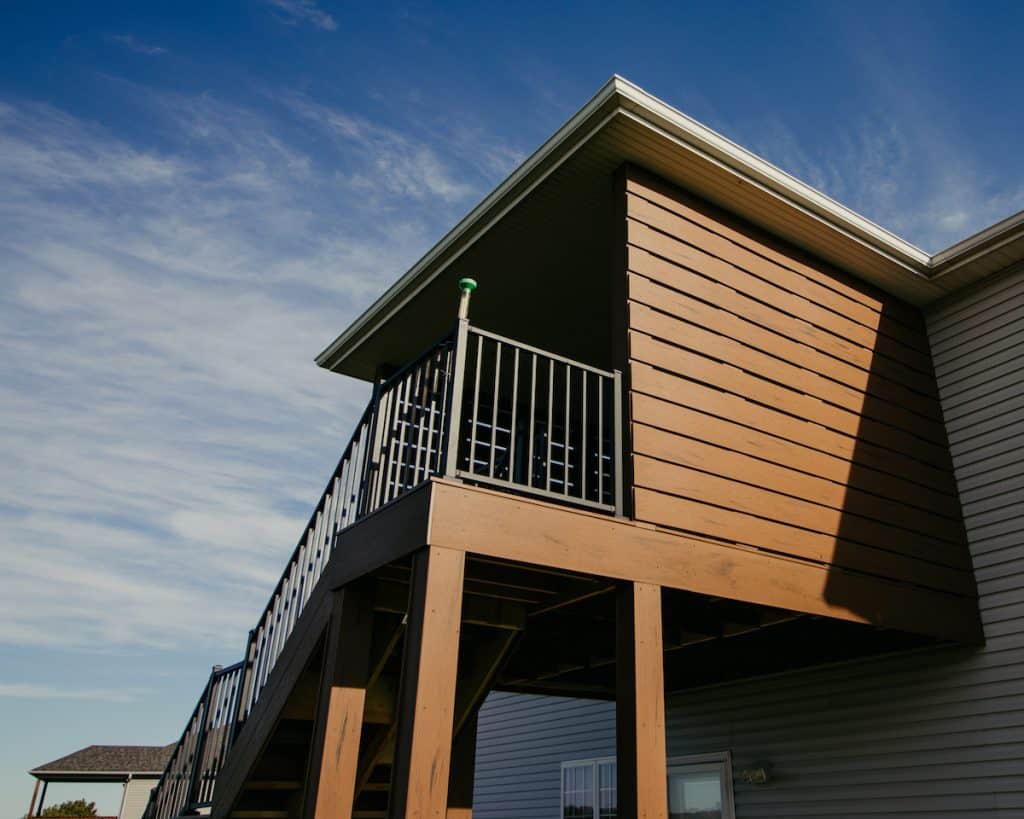 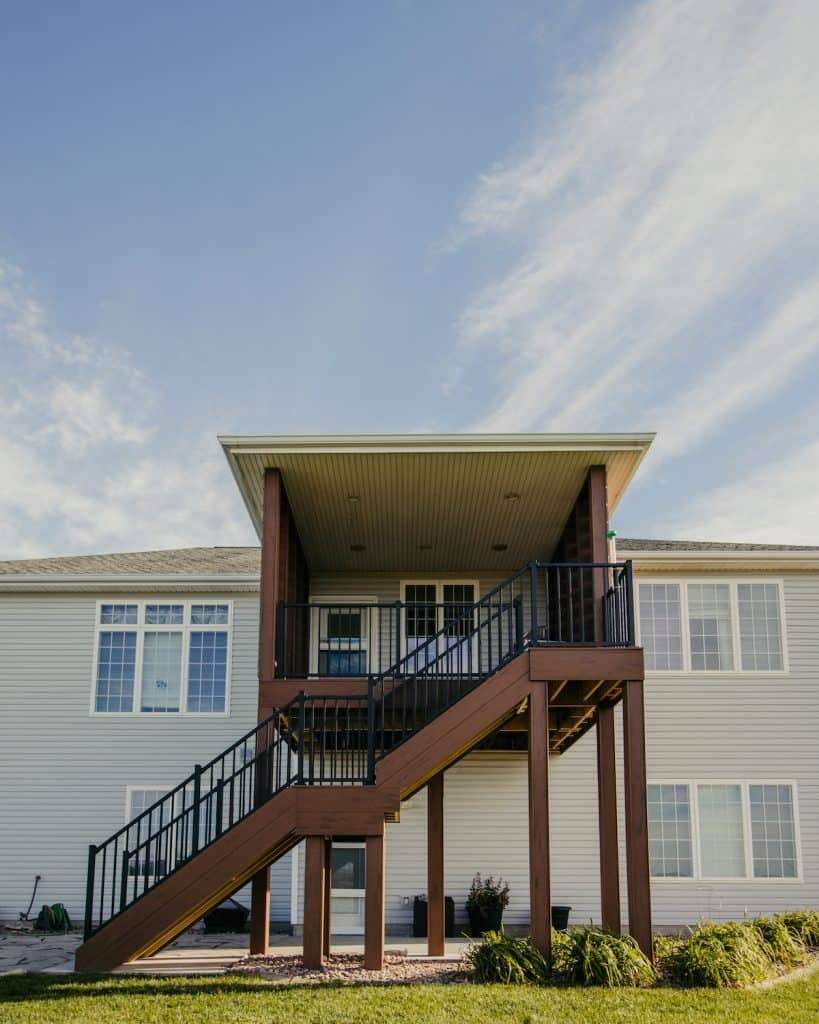 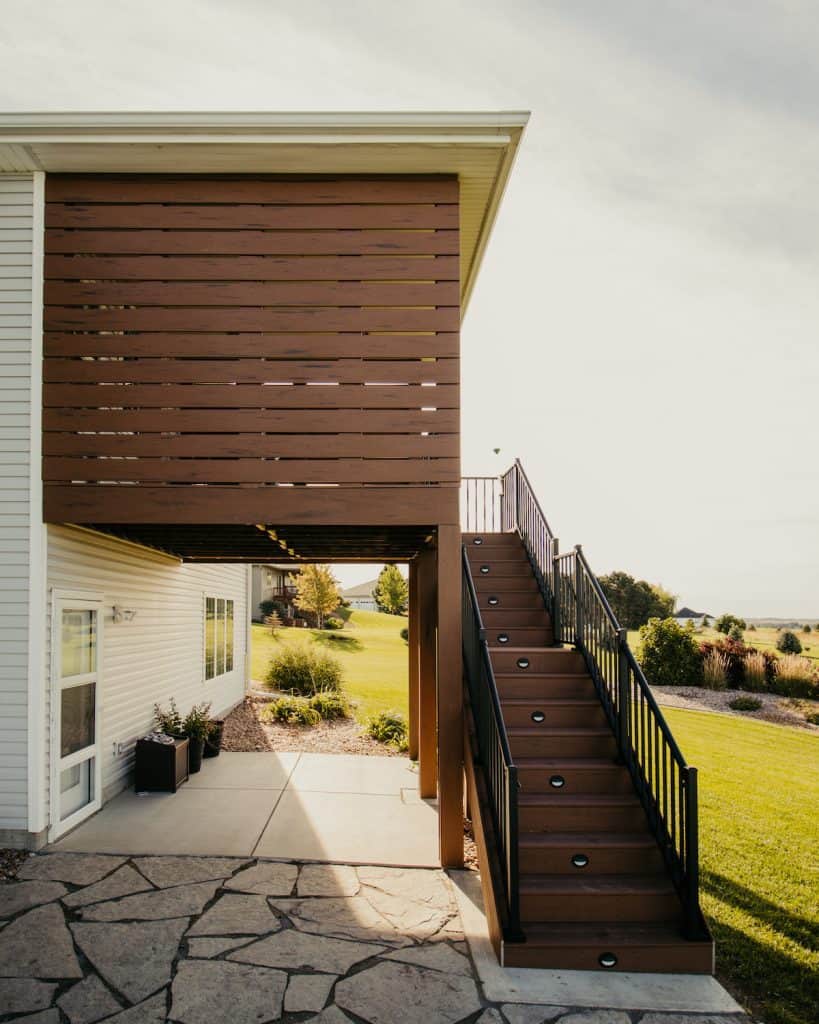 What are your favorite parts about this deck? Let us know in the comments below!

Preserving Historic Buildings from the Ground Up