Something we’re always learning and relearning – especially when we least expect it – is that construction rarely ever goes as planned. Anyone in construction, remodeling, or anything else of the sort knows that you have to be flexible.

It may be cliche, but we’re constantly expecting the unexpected so that we can mitigate cost changes and timeline shifts for our customers.

On this job, we’re working on adding on to the back of the house and wanted to come up with the best way to heat and cool the addition.

Before we could even think about how to keep the family comfortable in the new addition to their house we had conflicting news from the inspector. Long story short, the plans we originally drew up for the addition had two rows of footings. When we took it to the building and safety department, they told us we could eliminate one of those rows. Unfortunately, when the inspector came, he explained that we had to go back to our original plans.

In a situation like this, it’s hard to point fingers, but it just goes to show that the contractors working on houses are rarely the only ones in control of the efficiency on the job site. Even with the minor setback, we were able to keep everything flowing and add the second row of footings without causing any major issue to the homeowner.

Now back to our addition! The new challenge at hand trying to figure out the best way to heat and cool an addition to your home. Our solution? A mini-split system.

To make sure your heating and cooling are being put to good use, insulating the addition is key. We blew in a dense pack into the ceiling of the addition framing so we could get most R-value per inch without using a spray foam. This will still allow for proper ventilation in the vaulted ceiling. Then we added fiberglass batts to the walls.

The mini split is barely noticeable but will heat and cool the entire area of the new addition without having a loud, eyesore of a window AC unit. The Kitchen Is the Heart of the Home 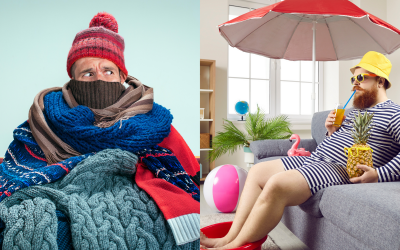 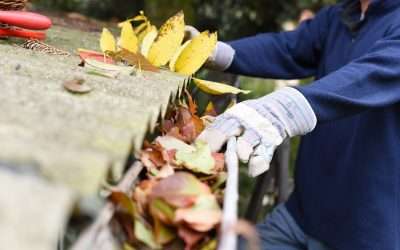 Why, When, and How to Clean the Roof Gutters